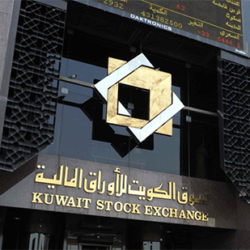 Kuwait City, Kuwait (AGENCIES) May 15, 2000 — A Kuwaiti businessman said on Monday he has launched a feasibility study to link his country’s bourse to major world markets. Faisal Khazaal told Reuters that he commissioned a consultancy firm based in the British Virgin Islands to conduct the $300,000 study. He said he suggested to[…]