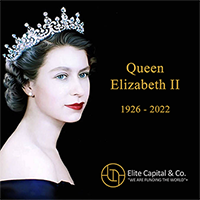 London, UK (AGENCIES) September 9, 2022 — In a special joint statement between the United Kingdom and the State of Kuwait, which was announced from Kuwait by Dr. Faisal Khazaal, Chairman of Elite Capital & Co. Limited in England and the parent company in Kuwait, Deals Secure Group Holding Company, as well as from the[…]