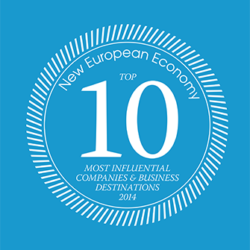 London, UK (AGENCIES) October 22, 2014 — Mr. George Matharu, President and CEO of Elite Capital & Co. Limited (ECC), announced today that the success of being in the New European Economy Magazine’s “Top 10” was the result of enormous effort and teamwork within the company since it was founded in 2012. The Top 10 Most[…]