London, UK (New European Economy) January 26, 2015 — In 1995, upon reaching his 21st birthday, Kuwaiti businessman Dr. Faisal Khazaal established his first and most important company, Deals Secure Group, in Kuwait. This would be followed by many other companies in Kuwait and abroad, managed by the Deals Secure Group. These companies established a[…] 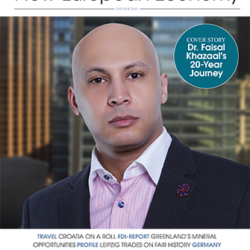