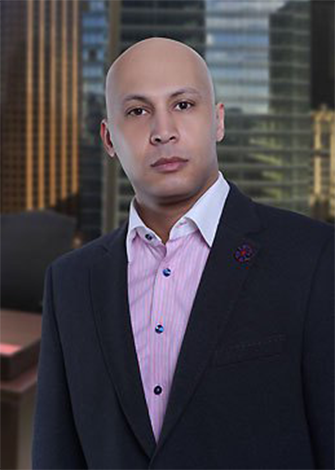 London, UK (New European Economy) January 26, 2015 — In 1995, upon reaching his 21st birthday, Kuwaiti businessman Dr. Faisal Khazaal established his first and most important company, Deals Secure Group, in Kuwait. This would be followed by many other companies in Kuwait and abroad, managed by the Deals Secure Group. These companies established a far-reaching footprint in the Gulf region from 2000 to 2005, making numerous achievements. In 2000, Dr. Khazaal submitted a study examining linking the Kuwait Stock Exchange to international exchanges.

In the same year, following explosions at the Shuaiba and Ahmadi refineries in Kuwait, Britain Reinsurance Co., a subsidiary of Deals Secure Group, played an effective role in preventing Kuwaiti national insurance companies from raising the insurance premiums of government refineries by 300%. Success in this regard marked the start of Deals Secure Group’s involvement in the world of oil. Through its Britain Reinsurance Co. subsidiary, the group arranged the cover of the national oil facilities in Kuwait. At the time, the Kuwaiti Ministry of Oil was having difficulty renewing the Kuwait National Petroleum Company’s policies with a national insurance company. The Britain Reinsurance Company provided free cover for seven days for assets valued at 2.6 billion Kuwaiti dinars pending the renewal of the basic insurance policy with the Kuwait Insurance Company or the reaching of a new arrangement with other national companies. This forced the hand of the insurance company to agree to a 10% rather than a 300% increase in the insurance premium. This was exactly what Dr. Khazaal wanted to achieve as a service to his country in a matter of critical importance.

Other achievements followed in various fields and activities in the 2000-2005 period, foremost among which was the issue in 2003 by Alia Publishing and Distribution House, owned by Dr. Khazaal, of the first e-book in Arabic, followed by the acquisition of natural fertilizer plants and alternative energy plants in several European countries at a time when the world wasn’t paying much attention to alternative energy in light of the oil boom. Time proved that Dr. Khazaal possessed considerable foresight. In mid 2004, Dr. Khazaal was granted the Man of Year award by the ABI and was honored by the Kuwait News Agency and many other authorities and institutions in Kuwait and abroad for his remarkable achievements in several business fields. He was equally lauded for his continuous support for international humanitarian organizations. He had every reason to be proud of being the first Arab to join international organizations concerned with animal rights, again at a time when animal rights were, and still are, a subject of ridicule in the Middle East, although a few Arab countries are now starting to show some interest in the subject.

The years 2005 and 2006 witnessed a turning point in the business progress of Dr. Khazaal, who holds an LLD degree in international law and a PhD in business administration. At the time, in light of the difficult global economic circumstances, the US started to promulgate laws to combat money laundering as part of its plan to fight international terrorism. These laws were very strict and carried severe punishment, thereby forcing many companies to leave the US even though their activities were unrelated to terrorism. These companies merely wanted to comply with the new laws with regard to trade, the labour market, and the reporting of the terms of deals made inside or outside the US. Here too, Dr. Khazaal had a very different idea: He decided to move Deals Secure Group from Kuwait to the US. The group became known as Deals Secure Group Holding Company GP, a registered general partnership company. He was one of rare few who went to the US at a time when everybody else was leaving the country. Overnight, he ensured that his business would have the confidence of clients.

In the same year, Dr. Khazaal moved his law firm to the US and made it part of Deals Secure Group Holding Company. In 2005, the firm operated under the name Professor. Faisal Khazaal, PhD Law Group, and in 2014, its name was changed to Dr. Faisal Khazaal, LLD. Law Group LP after Khazaal obtained his second PhD in business administration. It played an effective part in expanding the scope of investments of Deals Secure Group Holding when the One Holy Catholic & Apostolic Orthodox Church appointed it as its legal consultant in the Americas in 2009. The relationship with the Church did not stop there, as within four years, Dr. Khazaal established a company in the UK to act as fund portfolio manager for the Church. At the time, the new company was called Legal Escrow Services Limited, though this was changed to Elite Capital & Co. Limited in 2013 after having developed its services rapidly over a period of less than two years.

Elite Capital & Co. Limited is a London-based private limited company that provides project-related services including management, consultancy and funding, particularly for large private, commercial and infrastructure projects. It offers a wealth of experience in banking and financial transactions and offers a range of specialized advisory services to private, SME and corporate clients. Elite Capital & Co. is now a key European and global company, and Dr. Khazaal has been welcomed with open arms in Europe.