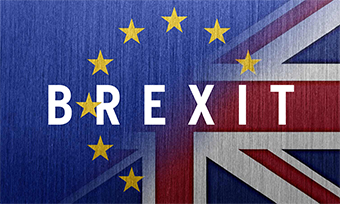 London, UK (AGENCIES) February 4, 2020 — Mr. George Matharu, President of Elite Capital & Co. Limited, announced today that Brexit will not affect the company’s funding lines from the United Kingdom to European countries, or to the governmental and private sectors in those countries.

Britain formally left the European Union nearly half a century after joining. The historic moment, which took place at 23:00 GMT on the last day of January 2020, witnessed both celebrations and protests by supporters of ‘Leave’ and ‘Remain’ groups respectively.

“Our funding business before or after Brexit will not be affected in any way by any financial or contractual aspects with European countries” George Matharu said.

Elite Capital & Co. Limited has made strategic alliances with several organizations and companies which have given them access to international markets in Europe, Asia, Africa, Middle East and GCC region. This has given ECC a substantial foundation of clients to build on, in addition to access to the markets that are most in need of the products and services they offer. The aim of ECC is to facilitate the commencement and completion of Infrastructure projects, stimulate economy, create employment and combat poverty.

Mr. George Matharu concluded his statement by saying, “Our Government Future Financing 2030 Program will still be available to European governments without change, as well as our regular funding system for the European private sector, and this is evidence of the strength and durability of Elite Capital in not being affected by political or geopolitical factors”.