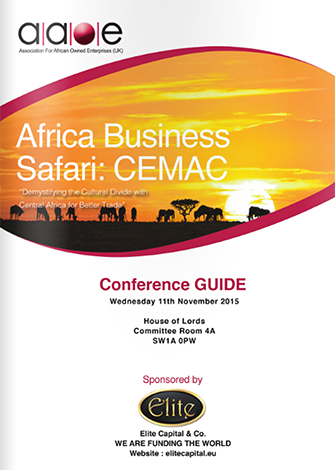 The official name for the event is “Africa Business Safari”, representing the on-going journey to improve the everyday life of Africans through Health, Education, Political Stability, Security and Sustainability.

The event was chaired by Lord Mohamed Sheikh, a Peer at the House of Lords holding the official title of “Baron Sheikh of Cornhill”. Lord Sheikh was born in Uganda, and is a high profile Politician, Businessman, Academic and Philanthropist in the UK. Also in attendance was Baroness Lynda Chalker, the former British Government Minister of State for Africa and Commonwealth countries and former International Development Minister, having a 40 year history in Africa.

Elite Capital & Co. Limited invited Liverpool Football Club to speak at the meeting, to demonstrate how the Club’s activities have changed the lives of thousands of African men, women and children. As well as setting up football academy’s and holding training camps, the Club has promoted initiatives such as preventing the spread of AIDS and encouraging people to donate blood. Elite Capital & Co. and Liverpool Football Club will discuss further initiatives that can be promoted across a range of African countries.

Mr. Clive Grey, International Business Coordinator for Elite Capital & Co. said “I didn’t think we could replicate the success of the ECOWAS event, but the energy and motivation seems even greater this time around”. On the back of the ECOWAS event, the Ashanti King from Ghana made an official visit to the UK and attended a formal dinner, where Lord Sheikh announced his intention to form an all-party parliamentary group for ECOWAS, made up of members from the House of Lords and House of Commons, consisting of parliamentarians from all political parties with the objective of strengthening UK’s business, education and cultural links with Africa.

Mr. Washington Kapapiro, Chairman of AAOE said “We are proud to have hosted the first Franco-phone African event at the House of Lords; presenting a platform to stimulate investment into the CEMAC region. Our passion to promote Africa as an investment destination is matched only by our ambition to bring real value to attendees of our events. We are satisfied that all our guests left feeling excited by the prospects on offer in CEMAC and motivated to consider investing in the region.”

ECC is a private limited company that provides project related services including Management, Consultancy and Funding, particularly for large infrastructure and commercial projects. ECC has on-going negotiations with the Governments of several African countries with regards to providing them with finance and project related services.

Mr. George Matharu concluded his statement by saying “When doing business in Africa, it is essential to work with business partners that understand the local culture and environment, and we look forward to working with AAOE on future initiatives”.