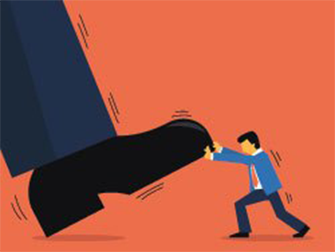 London, UK (CEO Insight) June 1, 2015 — The world of finance has witnessed in the last five years an remarkable change in the form of finance market, banking and the concept of finance itself, due to the problems faced by the global economy, created by international policies and brought about by the devastating wars that have destroyed the infrastructure of many countries after having crushed the populations of those countries.

By comparing the years between 2010 and 2015, one can hardly fail to notice that the role of medium-sized and large-sized banks has declined in terms of both significance and effect in the lending and funding markets at various levels, from personal lending, through corporate lending on to lending to sovereign entities such as states and governments.

With the decline of the role of those known as big players in the finance market over the past five years, a new concept of finance has emerged in the global market: it has come to be known as Islamic finance. Many analysts believe that Islamic finance is a system that has been imposed on or even forced down the throat of the global market with political support from some countries and international bodies to overcome the decline of funding systems or to seize the opportunity created by the weakness of traditional financing systems. Overcoming those traditional systems aims at changing the financial system in the world. (These opinions are particular to some of the market analysts who do not necessarily represent the opinion of the CEO-Insight magazine or its management).

Be it as it may, and from turbulence of those tumultuous events, one of the most significant players has emerged in the global finance market. Despite its young age, having been established as recently as in 2012, it has become a major and highly influential player capable of playing a sustainable key role as lender through both conventional and Islamic, Sharia compliant systems simultaneously for those who are interested in this or that kind of funding. It is about this new player that the present article has been written.

The aim of Elite Capital & Co. Limited is to facilitate the commencement and completion of Infrastructure projects, stimulate economy, create employment and combat poverty.

Our services are suitable for all types of Infrastructure Projects in either Greenfield (Pre Operations Stage) or Brownfield (Operations Stage) including but not limited to Sea Ports, Airports, Railway, Bridges, Roads and Highways, Water and Sanitation Utilities, Energy, Communications, Hospitals, Schools and Social Infrastructure etc. This includes other projects or activities that impact positively on the relevant country’s basic infrastructure including the manufacturing of components used in infrastructure (such as cement and steel) and infrastructure associated with mining and agribusiness.

Up to 100% of project financing required.

All countries can be considered. Countries currently engaged in war or politically unstable environments or sanctioned countries will not be suitable. All projects must adhere to local and international environmental, health, safety and social standards as required.