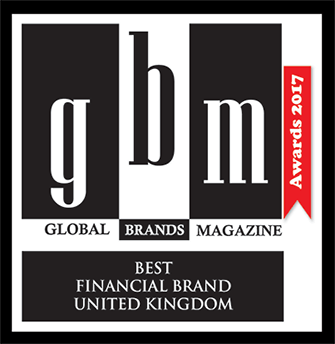 London, UK (AGENCIES) March 13, 2017 — Mr. George Matharu, President of Elite Capital & Co. Limited (ECC), announced today that the success of being in Global Brand’s “Banking and Financial Awards List of 2017” was the result of the company’s enormous effort and teamwork since it was founded in 2012.

The worldwide Banking and Financial Awards list contains numerous awards for companies in various countries, but there are only four brands in the United Kingdom as follow:

GLOBAL BRANDS Awards was established with the aim of honoring excellence in performance and rewarding Companies across different sectors. The award honors companies who have performed extraordinarily well in the field of Finance, Education, Hospitality, Lifestyle, Automobiles, & Technology. The awards are given to acknowledge key players who strive for fineness & provide a platform for recognition. The award also aims to identify, create awareness about the significance of exceptional service delivery & reward their performance with the ultimate global Recognition.

Nominations are accepted for different countries and regions from companies throughout the year across a wide range of categories. Nominations received at their relevant national level are adjudged by independent external research agency. To qualify for an award, the company must present accurate information about the details requested by the Global Brands team.

“More than 7000 Companies were evaluated in the latest study conducted.” Global Brand said.

George Matharu, in his statement, praised the support of Dr. Faisal Khazaal, Chairman of the Board of Directors, who has enhanced the profile of Elite Capital & Co. Limited over the past two years; “Dr. Khazaal is responsible for the development of fruitful business strategies with customers on a local, international and governmental level by using his relationships and influence that he has gained over time being the Chairman of the parent company Deals Secure Group Holding Company GP. (DSGH) since its founding in 1995”.

Mr. George Matharu concluded his statement by saying “Our services are suitable for all types of Infrastructure Projects in either Greenfield (Pre Operations Stage) or Brownfield (Operations Stage) including but not limited to Sea Ports, Airports, Railway, Bridges, Roads and Highways, Water and Sanitation Utilities, Energy, Communications, Hospitals, Schools and Social Infrastructure etc. This includes other projects or activities that impact positively on the relevant country’s basic infrastructure including the manufacturing of components used in infrastructure (such as cement and steel) and infrastructure associated with mining and agribusiness”.