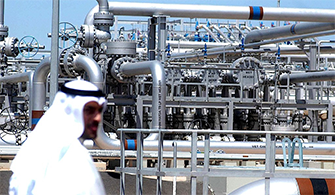 Kuwait City, Kuwait (AGENCIES) November 7, 2000 — Kuwait state oil refiner KNPC renewed its insurance policy for three domestic refineries and facilities at a higher rate after eight people died in June in two separate explosions, industry sources said on Tuesday. “The Kuwaiti insurance firms wanted to raise the premium on the policy by some 300 percent. But last minute manoeuvres allowed KNPC to considerably cut the proposed increase,” said one source familiar with the talks. Kuwait National Petroleum Co (KNPC), part of state-owned Kuwait Petroleum Corp (KPC), had a policy with Kuwait Insurance Co which expired on October 31, 2000 for 2.35 million dinars ($7.64 million) on assets worth some 2.6 billion dinars.

Sources said the new policy covered similar assets at a premium of around 0.13 percent with Kuwait Insurance again named lead insurer. Part of the policy is then shared under a market agreement with Kuwaiti firms Gulf Insurance Co, al-Ahlela Insurance Co, Warba Insurance and Bahrain Kuwait Insurance Co., executives said. Six people were killed in June when Kuwait’s largest domestic refinery Mina Ahmadi exploded, forcing the 450,000 barrel per day (bpd) plant to shutdown. In mid-October, Ahmadi, valued in the policy at around 1.2 billion dinars, started operating one of three crude units at a rate of around 200,000 bpd. Kuwait said the repair work at Ahmadi could cost about 100 million dinars and could take several more months to complete. Two people were killed in another explosion in June at Kuwait’s 195,000 bpd Shuaiba refinery which is valued in the policy at just over 500 million dinars. Production was not affected by the blast. Kuwait’s third refinery of Mina Abdullah has a capacity of around 265,000 bpd.

Following the two accidents, Kuwaiti insurance firms sought a large hike in the premium to renew the policy but “we reached an agreement acceptable to all parties,” said a KNPC source. “The relationship is good between KNPC and the Kuwaiti insurance firms and cooperation is continuing with the same companies. They showed readiness to cooperate,” he added. The senior source attributed the hike in premium “to a general global increase in rates of between 20-30 percent and naturally the (Ahmadi) accident had a negative impact”. Insurance executives in Kuwait said that KNPC had considered dealing directly with foreign insurers through major firms like the world’s leading insurance broker Marsh & MacLennan Cos. lnc But the executives said Kuwaiti laws oblige KNPC to seek an insurance policy with local firms although some official sources said there were ways to work around the limitation.

Britain Reinsurance, owned by Kuwaiti businessman Faisal Khazaal, offered KNPC short-term, free of charge cover insurance in the final days of its negotiations with Kuwaiti insurance firms in case the policy runs out before a deal is reached. But KNPC and Kuwait Insurance reached a deal before the November 1, 1999-end-October 2000 policy expired, Khazaal said. ($1 = 0.30752 DINAR).