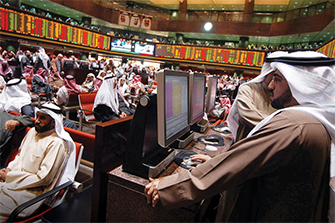 Kuwait City, Kuwait (AGENCIES) August 23, 2001 — A Kuwaiti firm has set up an online trading network offering commission-free spot foreign exchange trading to customers in the Middle East. “Customers with as little as $2,000 can open an account as of today (Thursday) with a one percent margin … So, with $1 000 you can (currency) trade in a lot of $100,000,” said Faisal Khazaal whose firm set up Deal Secure Network. The company, based in Kuwait, will make its money on the spread the difference between the buying and selling price.

At a later stage, the ceiling will be dropped to only $250 but Deals Secure will charge $4 round trip on such accounts. Like their country, Kuwaitis have large investments abroad. Khazaal hopes the network will attract experienced investors as well as small investors who were in the past deterred by high costs charged by brokerage houses.

Deals Secure has assigned a distributor in Kuwait and is in negotiations to forge similar accords across the region.