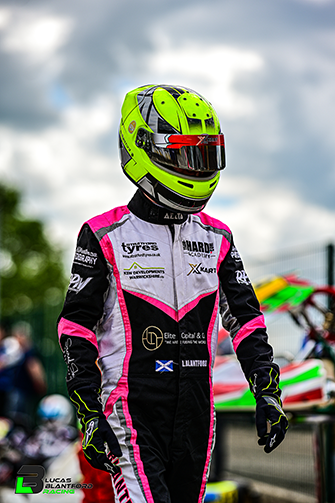 “We are delighted to have Lucas join this great international edifice in the United Kingdom. YRDA is one of the most important academies for the education of professional motorists,” Adrian Blantford said.

On May 25, 2022, YRDA’s official website has published the following statement under the title: Lucas Blantford Joins YRDA.

“The YRDA is delighted to announce its latest recruit 13-year-old, racing superstar Lucas Blantford. Lucas is an incredibly talented young athlete who has taken wins at the highest level in his debut season and now heads into a hectic 2022 with the YRDA.

Lucas has turned all heads in the paddock in just one entire season of racing after achieving some outstanding results. 2021 saw Lucas take wins in the ultimate Karting Championship, and at the club level, proving he is always a front runner no matter where he goes. Top Rookie in 2021 was just one of many awards the youngest collected on his way to the top and now heading into the height of 2022 Lucas is already having a life-changing year.

The YRDA looks for key hardworking attributes in young drivers and the team around them Lucas is a model student in this. In recent weeks his hard work paid off as he signed a sponsorship agreement with the global financial giant in UK, Elite Capital & Co. Limited, this is a game changer for Lucas and will allow him to propel himself to the top and joining the YRDA provides him with a foundation and a team of experts to help support and guide him up the motorsport ladder.

Putting on the red suit and joining the YRDA family is an honor for any driver and here is what the academy’s latest recruit had to say.

“After a long process, I am so glad to finally be a part of this prestigious academy especially as it is only my year of racing. I’m excited for the team to bring out the potential that they saw in me from my first assessment with them and also from the track racing. Not only am I looking forward to the sim training but also every other aspect of what it takes to be a top-level racing driver which YRDA includes in the academy program. 2022 is turning into a big year for me and I would like to thank everyone who has been part of that journey so far.” Lucas Blantford (YRDA Athlete).

Set up in 2013, the YRDA was designed for drivers like Lucas who show potential and determination to reach the top. With specialists in Driver Coaching, Performance, Mindset, Media, Marketing, Management, and Legal, the YRDA provides an all-encompassing environment for young drivers to excel. Running alongside the main Arden Motorsport race team set up by current RedBull F1 team principal Christian Horner and his Father Gary Horner, the YRDA and Arden together allow drivers who wish to follow in the steps of some of the best racing talents in the world, such as Sergio Perez, Carlos Sainz, Pierre Gasly and many more who have reached the pinnacle of motorsport.

The professionals of the YRDA are delighted to have Lucas on board and 2022 is an exciting year ahead for the young gun. Here is what YRDA Founder and Director Jamie Horner had to say about Blantford joining the YRDA Program:

The YRDA looks forward to working very closely with Lucas. To keep an eye on the progress of the up and coming stars, check out the YRDA media channels.”

Mr. Adrian Blantford concluded his statement by saying, “We would like to thank Young Racing Driver Academy – YRDA and our Sponsor Elite Capital & Co. Limited, for their interest in Lucas’ future in the world of motor racing and their keenness to develop his abilities.”