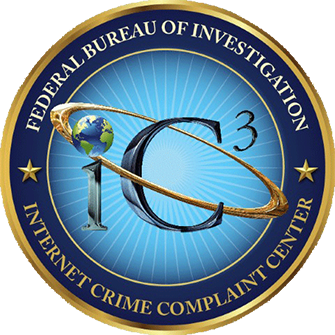 New York, USA (AGENCIES) November 10, 2010 — Last Friday the 5th of November 2010, SAT Group that consist of SAT Credit & Wealth Management LP., Switzerland and America Trust llc., and SAT Private Bankers Trust IAPT has filed a complainer with the Internet Crime Complaint Center (IC3), a partnership between the Federal Bureau of Investigation (FBI), the National White Collar Crime Center (NW3C), and the Bureau of Justice Assistance (BJA) against the website www.antifraudintl.org which has attempted publishing falsified and misleading information that had a negative impact on the group’s reputation; a cyber crime that is based on ethnic and sectarian reasons and is subjected to punishment by law.

The complaint’s transcript was filed as follows:

“This complaint is filed against the website www.antifraudintl.org (will be known thereafter by the “offending website”). It has violated the law after committing the cyber crime of publishing falsified and misleading information; a crime that is classified as ethnic and sectarian.

After appointing SAT Group by the One Holy Catholic & Apostolic Orthodox Church in Americas to be the trustee for its investments, the said offending website has intentionally published falsified information to discredit the reputation of the group of companies. It is believed that such attempts are based on the fact that some of the Board of Directors are Muslims.

The offending website has specifically chosen one of the companies of the group and claimed it is not a banker and warned whoever is dealing with it commercially or otherwise that they are being deceived and robbed; providing no evidence whatsoever, tangible or otherwise, to support their claims.

Reply to the Offending Website’s Claims:

Since the founding of SAT Group of companies in 2005, being several companies with various licenses and activities, SAT has specifically stated on its official website that it does not receive funds from its clients whatsoever rather its mission is limited to the following:

-Providing Credit Lines and Loans, from third parties, for its clients.
-Managing funds of clients that are deposited in approved and minimally classified A+ and AAA banks under the client’s direct supervision. It is also required that the banks holding the funds are recognized worldwide to avoid any attempts of money laundry or tax evasion.

To verify the above mentioned information please visit the link http://swissat.com/about.html.

Accordingly, the claims of the offending website do not have any values and are only intended to discredit the company out of the reason mentioned at the beginning of this complaint.

A law firm was given the responsibility of conducting an investigation of the offending website. The results came as follows: 1. The offending website holds publishing copyright under the company name “Jelsoft Enterprises Ltd.” that is irrelevant of the website itself (law violation). 2. The offending website uses the address and contact information of a third party company (www.domainsbyproxy.com) in return of monthly payments in order to cover up the original information of its real owner.3. An organization license does not exist by the name “Anti Fraud International” either in the United States of America or the European Union.

Legal Procedures Followed Prior to Submitting the Complaint:

The procedures that are stated by ICANN (Internet Corporation for Assigned Names and Numbers) have been followed: “If you have concerns about the content of a website, you should address your complaint to the site’s author, or the applicable Internet Service Provider depending on the circumstances. If you believe that the content is of an illegal nature, you should contact an appropriate law enforcement agency”.

Consequently, a message was sent to the offending website asking it to remove the published material about the company and explaining the reason behind such request making it clear that the published material is incorrect and that the activities of the company do not involve receiving funds from clients whatsoever. Unfortunately, the reply was negative and the offending website decided to refrain from removing the material noting that their reply letter has been signed by a nickname!

After that, based on the instructions of the ICANN, an official letter was sent to the company that hosts the offending website (www.hostgator.com) asking it to take action against the crime that is hosted by their servers. Likewise, the hosting company has replied negatively and refused to take action or remove the said material. Although this was violating the rules and regulations, the hosting company has made an excuse that they cannot make judgments and so cannot act against the offending website despite their knowledge about the cyber crime that they were hosting within their servers.

Accordingly, this complaint has been filed.”

The Legal Department at SAT has commented on this procedure, saying: “SAT Group consists of Trust companies. No parties worldwide is entitled to make claims or charges against SAT whatsoever as long as we originally receive no funds from our clients or any other parties neither we exercise the role of banks in receipt of funds. Thus, the adoption of this procedure of filing a complaint is a proof of strength and durability of SAT’s safety both legally and financially”.